Sign up for my email list (to the right of this post) and follow me on social media to keep up with the latest.  If you'd like to support me during these challenging times getting back on the road, feel free to make a donation on my music page.  Thank you for being a fan and supporter.

Kaia Kater A Montreal-born Grenadian-Canadian, Kaia Kater grew up between two worlds: her family’s deep ties to folk music and the years she spent soaking up Appalachian music in West Virginia. Her old-time banjo-picking skills, deft arrangements, and songwriting abilities have landed her in the spotlight in North America and the UK, garnering critical acclaim from outlets such as NPR, CBC Radio, Rolling Stone, BBC Music, and No Depression Kaia started her career early, crafting her first EP Old Soul (2013) when she was just out of high school. Since then, she’s gone on to release two more albums, Sorrow Bound (2015) and Nine Pin (2016). Her second album wove between hard-hitting songs touching on social issues like the Black Lives Matter movement (“Rising Down”) and more personal narratives speaking to life and love in the digital age (“Saint Elizabeth”). Nine Pin won a Canadian Folk Music Award, a Stingray Rising Star Award and sent Kaia on an 18-month touring journey from Ireland to Iowa, including stops at The Kennedy Center, Hillside Festival and London's O2 Shepherd's Bush. For her third album, Grenades (October 2018, Folkways/acronym Records), she took a decidedly different direction, choosing to lean into a wider array of sounds and styles, in order to convey a wider array of emotions and topics, most notably her paternal ancestry. Grenades was nominated for a 2019 JUNO award and long-listed for the Polaris Music Prize. Most recently, Kaia collaborated with jazz innovator Christian Scott aTunde Adjuah to record her new single "Parallels" (October 2021). "...plaintive, mesmerizing...writes and performs with the skill of a folk-circuit veteran..." -Rolling Stone "You want some authenticity in your folk music or bluegrass – I give you Kaia Kater." -No Depression "A star in the making..." -Folk Alley “...One of the most remarkable Canadian folk records in some time...Kater's music is somehow ancient and brand new at the same time.” -Tom Power, CBC Radio 2 "Sorrow Bound is a remarkably assured debut album which both honours tradition and declares Kater’s credentials as a distinctive, original artist." Steve Hunt - fRoots Magazine (UK) - October 2015 __ Allegra Krieger Allegra Krieger is a New York-based songwriter & composer. With emotive lyricism and explorative harmony, her songs are at once cathartic and compelling. She lives in a 5th floor walk-up apartment in lower Manhattan where she spends her mornings writing by the open window, which looks down on a bustling E-bike repair storefront and a United Methodist church. When mid-afternoon hits, she walks over to her bartending job up the street, or, on days off, heads towards the East River for a swim. She likes most things that are likeable, and some things that are objectionable. Allegra was born in Pennsylvania, moved to Florida, back to Pennsylvania, and has since spent significant time in Death Valley, Andalucía, the Blue Ridge Mountains, and many other places that she can't remember before settling in New York City. Structure and it’s approaching destruction are imperative to Allegra's creative process, like steps to a staircase in a burning house. The truth is, I am Allegra, and I do not swim in the east river, although I think about it often. Lastly, and finally, I will explain that writing and making music is my deepest and greatest love, and though I don't have any proof or reason, I hope you can somehow believe that this is true. Additionally, I hope that you too have something in this life that makes it all OK.
Get tickets Set reminder
View on Google Maps
Follow us Request a show 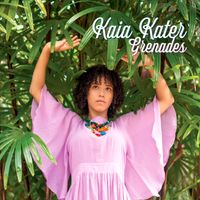 Tickets are $15 in advance, $20 at the door. Show starts at 9pm sharp with Mikhail Laxton. Full band for Kaia Kater set!

Happy to be in an amazing lineup of folks including Big Thief, Dinosaur Jr., Dori Freeman and Anna & Elizabeth.

Stoked for my first festival in Colorado!

Looking forward to this headline show in London! 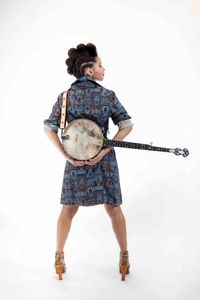 I am returning to my heart home of Wakefield, with a full set at The Black Sheep Inn/Mouton Noir.

Happy to be back at Rockwood Music Hall! 1 hour set, no cover! 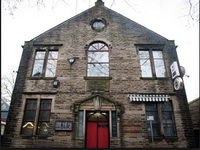 “...plaintive, mesmerizing...writes and performs with the skill of a folk-circuit veteran...”